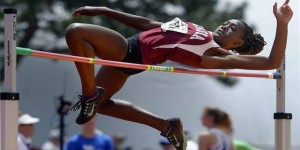 I have a short story to best convey my message as per the benefits of trying again. A very young elephant was captured several years ago by a hunter. When the hunter got home, he tied one of the elephant’s leg with a rope to a tree he had in his compound. Every now and then when the elephant tries to make a movement forward or probably attempt an escape, the rope prevents it elephant from achieving the move. It soon gets tired after trying again several times without results.

Then it finally dawn on the elephant that the step will never be achieved while one of its leg is still tied up to a tree. Years past by and the elephant had grown so big. Yet, lives with the mindset of “don’t bother to try again, you’ve made so many unsuccessful attempts”.

There is a huge difference form the strength applied to moving forward when the elephant was still small. But who is to tell the elephant that its freedom is guaranteed if ONE more attempt is made TODAY that it’s grown bigger and with much weight? Just a step forward will break both rope and tree and set him loose forever.

The Benefits of trying again are enormous

Over the years, I have come to realize that the most reason why so many people’s unpleasant situation remain unchanged was because they never made another effort towards effecting the change; or probably gave up after many unsuccessful attempts. They’ve failed to realize that their next attempt might just yield the much awaited change. Many times, you like to try something and see results instantly. But there are certain things in live that manifests after the effort had being made a while ago. That someone else got his goals achieved instantly after a little attempt does not guarantee yours to be that fast.

The certainty however, is that goals will definitely be achieved. Failure makes you stronger. When you fail after several attempt to achieve just one thing, you become an expert. This further explains that you want to pour in more efforts than the last attempt you made when you choose to try again. And when you examine and compare the results of the last and the just concluded attempt, you realize the current is more rated and closely to achieving you desired goals. Choosing to try again is what matters in many failure attempts because you never know when you might just have it.

In the case of a well-known top politician in Nigeria who attempted a political seat and office for more than three times. A regular individual may decide to give up after the first attempt. This brave man contested for a position four times consecutively and had it after four years in the race. The last attempt gave him the much anticipated victory and also made him superior over those who earlier mocked him. I would have concluded and bragged about it that Mr. President read this article 4-5 years ago and got motivated to try again. Unfortunately, I’m just writing a post to address the issue now –Ok then.

There is a great chance of friends and few family members who might have tried in one way or the other to discourage him after the first or second attempt probably. But he decided to carry on and make the best out of the following moves.

Criticism and discouragement is another issue I should address here. It is a very common thing to see friends and family who might also attempt to stop you. Criticisms will come from those who have the same interest as your. They want to say those crazy things about you that would affect your strength to push on. Discouragement would come mostly from the close relatives who like to hide under the guise and pretence of wanting the best for you. I wouldn’t say they are your enemies though, but it is believed; and I hope you agree with me that encouragements from the ones you trust can contribute to achieving what you want. You feel so relieved to know that you are being supported by them.

1 Comment on Trying Again – What You Stand To Gain

What People Are Reading